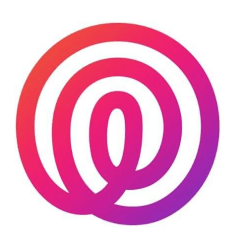 Korben spends the summer in Germany with my in-laws and has been doing so for many years; he has an amazing time, but I’m a nervous wreck for 2-months while he is away. An article in Time Parenting called “How to Parent Like a German” describes my in-laws attitude towards kids independence which is so different from mine.

Germans let children go almost everywhere alone. Most grade school kids walk without their parents to school and around their neighborhoods. Some even take the subway alone. German parents are concerned about safety, of course, but they usually focus on traffic, not abductions. The facts seem to be on the Germans’ side. Stranger abductions are extremely rare; there were only 115 a year in all of America, according to the most recent U.S. Department of Justice study. And walking around without parental supervision, or “independent mobility” as the researchers call it, is good for kids.

Though the facts show that I’m completely irrational in my over-protective hovering of Korben, I have been trying to change my helicopter parenting ways and give him more and more independence. The turning point was when Korben turned 9 and we gave him an iPhone for his birthday. I realize that for many, this age is too young and I should’ve waited till he was 10 or even 12, but we felt that Korben was mature enough to have the responsibility of having his own phone though we did give him parameters (how long he could be on it) and restrictions (parental controls and no social media). Not only was Korben ecstatic to get a phone I was ecstatic with what it gave me – Peace of Mind! I immediately found an app called Life 360 and this become one of the first apps that I downloaded to Korben’s phone. The Life360 app allows me to view Korben on a map and as long as Korben has his phone, I know exactly where he is without having to call, text or send an email! Throughout the school year, I would know when Korben arrived/left the school grounds, when he was with his friends for play-dates, if he was out with our sitter running around or at home and now that Korben is in Germany, I’ve been able to check-in to see where he is without having to call or text numerous times a day. Even when my in-laws decided to travel to Denmark, I was able to track Korben and knew the beach town that they were staying in and was able to zoom in on Life360 to see the house that they rented for the week. What is Life360? Life360 is a free smartphone app that helps families and close friends stay in sync throughout their busy day. With Life360, you can see where your family and friends are on a private map, stay in touch with group and one-on-one messaging, and get help in an emergency. Life360 was started in 2008 and has 75 million members and growing!

What phones will run Life360? We work on iPhone, Android, and Windows devices or over SMS using a non-smartphone. We were previously able to offer a beta app in Blackberry, but this app has been discontinued. Even though we support all Android devices, certain non-GPS Android devices may be unable to install our software. In these cases, we suggest inviting the non-GPS device to a Circle as a “non-smartphone”. This will still allow users to locate this device on demand. While some users were previously able to use tablets with our app, the latest version and technology is no longer compatible with these devices. To locate someone who owns a non-smartphone, you will need to upgrade to Life360 Premium, which costs $4.99 per month or $49.99 per year.