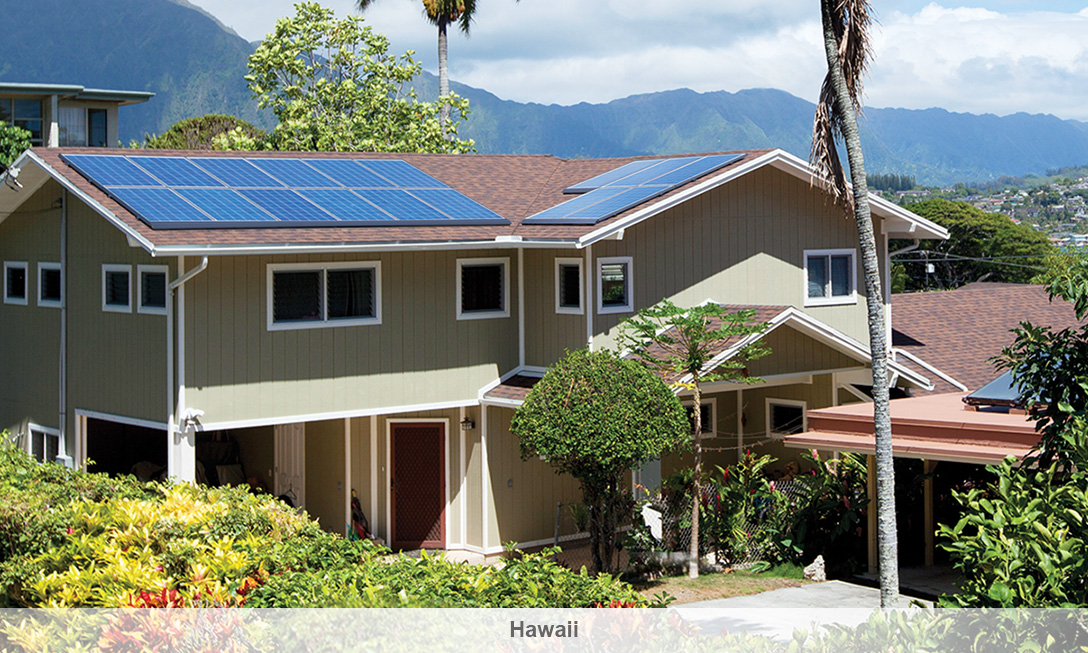 Solar Panels for Your Home

Just over two years ago, I had solar panels installed on my home. I’ve heard the same question from dozens of friends and neighbors over the past six months.   “If they’re so great, why isn’t everyone getting them?”   For that question, I have a few answers:

In some parts of the country, they are very “in” and to your surprise, a lot of your neighbors already have them….you just don’t know about it!  That’s why I’ve become a SolarCity Ambassador, which is ironic because, admittedly, I am not as “green” as I should be.  Sure, I recycle my papers and bottles and cans the way most good citizens do but I am guilty of using paper or plastic bags when I food shop (not the reusable ones) and I know next to nothing about gardening or composting.  I have a family of 4 and I drive a gas guzzling Land Rover.  I did however purchase energy efficient appliances and light bulbs for my home which has to count for something, but I confess: my carbon footprint is larger than most. I am certainly not the Queen of Green, so those who know me should find it amusing that I am a “SolarCity Ambassador.”  Read on to find out why. Six months prior to installation, I was greeted at my front door by a door-to-door saleswoman who was going around the neighborhood to sell people on solar panels.  In the past, I have received phone calls about “solar energy” but never asked any questions as I was too busy rushing them off the phone.  Since the woman was there in person, I decided to ask her some questions about it and it sparked my interest. After a few back and forth calls and emails with her company, I decided not to go with her company, due to the very aggressive nature of these companies.  (I am refraining from naming this company, as I try not to post negatively about businesses.)

A neighbor of mine has them and I remember my husband saying a while back that he wanted to inquire about them.  Since I was now on a fact-finding mission, I decided to knock on their door and ask who they used, if they were happy and so on.  They had nothing but wonderful things to say about the panels, the process, the cost and savings, and honestly, by looking at them, their four beautiful kids, their well-maintained home and luxury cars in their driveway….I automatically trusted them and their decision to go solar.  I asked who they used and consulted SolarCity that afternoon.

SolarCity is not at all aggressive in their approach.  I dealt with a salesman by the name of Shu Yang, located out in Northern California, which was great because most phone calls fit in with my schedule.  His 9-10 am was my 12noon-1pm which was always a good time to talk.  I will say this:  Shu is one of the most patient people on the planet.  I had a LOT of questions, because I need to understand things thoroughly before making any decisions.  He answered all of my questions professionally, going above and beyond, sharing maps and articles and statistics with me.  After a few phone calls, sharing my Con Edison bills with him and doing my own outside research, I decided that I would go forward with SolarCity and start this process, which took 4-5 months from start to finish.

The first step was to see if I even qualified.  To get solar panels, you need to have a south, east or west facing roof, without obstruction/blockage from trees.  He was able to see my house on Google Earth and tell me that I was a candidate.  He analyzed one years worth of Con Edison bills to determine how much energy I used and recommended that I have 26 panels placed on my roof.  When I asked if I had space for them, he immediately sent me a photograph of my house, with the 26 panels placed exactly where he planned for them to go.  They would absolutely fit and they would likely produce about half of my energy.  He scheduled a site visit for a local SolarCity rep to come out and schedule the appointment to confirm that what he thought was correct and of course it was.  There were also some questions about the condition of my roof, if I owned my home and if I had good credit.   All checked out fine so we were ready to move forward.

The next step was paperwork, which I was dreading.  I received a thick Fed Ex envelope with directions on how to complete the papers.  All forms were completed, with my name, address and all other details needed, completed by Solar City.  Papers included permits for the town and permission to install the panels and so on.  It took me less than one hour to complete!    There were sticky notes showing me where to sign and there was a pre-paid envelope enclosed for me to send all of the papers back in.  Done.

Final step, was to wait for the installation.  This took a good 6-8 weeks but every week or so I was updated via email that the process was moving along.  The communication was fantastic.  Just when I would forget about it, I would receive an email that the permit was submitted, approved or some progress had been made on my application.  I did not have to make a single trip to the building department because SolarCity handled the entire process.  I was notified in June that my installation would take place and it took one day to install.  The next step was for it to be inspected and then finally turned on. I turned the system on and can begin monitoring my use online as often as I’d like.

So… the dollars and cents of it… the savings is what everyone asks.  How much can I anticipate saving per month?   The way the bill varies each month, the savings will vary as well.   After crunching the numbers, it looks like I will save hundreds of dollars per month, depending on the time of the year.  I expect to save between $100-$250 per month.   Of course, that is just one home and everyone’s formula is different, but it cost me $0 out of pocket to have them installed so to me, it’s a win.  While Con Ed rates can and will go up, I am locked into the same rate with SolarCity for 20 years.  Besides the monthly savings, New York State gives back up to $5000 in tax rebates!  You can write off 25% of what you pay to SolarCity each year for as long as it takes you to earn your $5000 without going over 14 years.   New York is one of the ONLY states that has this.  Having solar energy reduces our reliance on oil, which is an obvious bonus.

So, I asked my friend Shu what some people have asked me.  If solar panels are so great, why isn’t everyone doing it?  He said, not everyone knows the benefits and takes the time to learn about it, but it is catching on in some places more than others.   Arizona has the highest percentage of households using solar energy.  I asked if they had the state tax credit.  No.  They just believe in it.  It was then that he asked me to become a SolarCity Ambassador and help spread the word.  I happily agreed and told him about the Emma Westchester blog!  I asked for a map of the area just to see how many households in this region have solar panels.  It seemed that NY/NJ/CT were behind other parts of the country.

He said, not everyone knows the benefits and takes the time to learn about it, but it is catching on in some places more than others.  He compared it to cell phones and digital cameras.  At one point, they were new too.  Then they caught on and he expects solar energy to catch on similarly.

If interested in finding out if you qualify for this type of savings, contact Solar City or get a free quote ONLINE.  Of course, if you have questions, feel free to email me at info@emmawestchester.com and I will get back to you.   Shu has since left Solar City, but Todd Granat can answer any questions you may have too.

The Pizza Bar is a perfect spot to grab drinks and