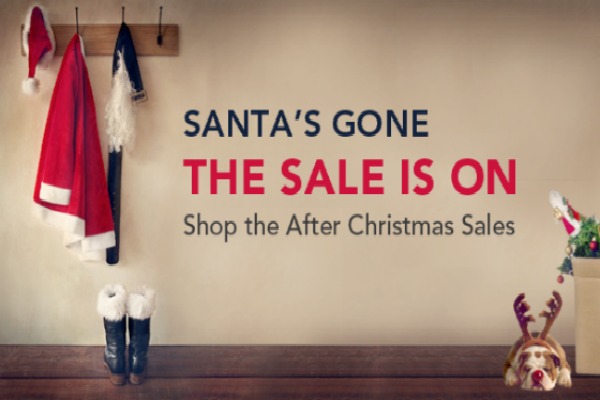 7 Best Things to Buy Before (and immediately After) Christmas

Sharing from DealNews.com an online site providing insight and tips on great deals.

December is the month when most people can’t avoid shopping. You may have skipped Black Friday, but the holiday season is a different beast altogether, with gifts from loved ones, friends, and people you barely know coming at you from all angles.

Maintain lots of holiday cheer by shopping wisely with our December buying guide. We’ve pored over the extensive DealNews archives from years past to guide you in your quest for the most savvy purchases in December.

And while you’re at it, consider subscribing to the DealNews Select Newsletter to get a daily recap of all our deals. You can also download the DealNews app for mobile savings. A popular promotion throughout the month of December — especially among restaurants — is to offer a gift card at a price that’s lower than the redeemable value. For example, last year we saw Papa John’s, Applebee’s, and more all offer gift cards that were worth more than what shoppers paid for them.

A popular promotion throughout the month of December — especially among restaurants — is to offer a gift card at a price that’s lower than the redeemable value.

Retailers, on the other hand, are more likely to offer a gift card with purchases that reach a certain order threshold, or bundled with a specific product. For example, last year Target offered $100 gift cards with Apple Watches, while Dell Home gave $200 gift cards with 55″ TVs.

December is by far the best month to find discounts on iTunes gift cards. The most frequent deal was $100 in iTunes credit for $80, but we saw another offer for $75 in credit for $55. Buy some as easy gifts for the holidays, or stock up for yourself and effectively save 20% on everything you download in the coming year.

Does Dad want a new drill for Christmas this year? Perfect! December is an excellent time for tool and hardware deals. We’re expecting 50% more tool deals than in January (and even more than we saw in November), and a higher rate of Editors’ Choice deals, too. Look for significant discounts on power drills, wrenches, general tool sets, and more.

At this point, it’s common knowledge that holiday decorations see their greatest discounts after the holiday in question has passed, and this is no different for Christmas. If you wait until December 26, you’ll see discounts of 40% to 75% off seasonal goods. However, if you absolutely must buy decorations before the big day, look to Home Depot, Crate and Barrel, and JCPenney for inexpensive options. Also, keep in mind that any seller with fresh-cut trees is likely going to start discounting them around December 20.

But wait, doesn’t DealNews spend all year saying that Black Friday is the best time to buy a TV? And didn’t that just pass? Yes and yes. But awesome TV deals linger into December. On the first weekend in December last year, 75% of the TV deals we saw earned our Editors’ Choice distinction — that’s an even better rate than we saw from Thanksgiving to Cyber Monday. There are fewer deals overall in December, but the ones that do appear are generally a great value.

Here’s the bad news: Jewelry deals aren’t very good in December. The good news: They’re better than in any of the upcoming months. So if you want to get a present for the holidays, or are even thinking ahead to Valentine’s Day, check out Szul and Diamond Princess for deals on diamonds, and Kohl’s for discounts on its jewelry section. And don’t forget pearls, which are often more affordable than many realize — pearl necklaces started at $8 last year.

After-Christmas sales are a great chance to get what you really wanted for the holidays, and they are dominated by clothing and shoe deals. Check out Nordstrom Rack, Nike, and Tory Burch for up to 92% off select items.

At this point, if you’re interested in tech that typically gets updated around the time of the Consumer Electronics Show — high-end laptops and fancy TVs, for example, are often unveiled at the show — then you might be better served waiting until 2017 models are announced. This way, 2016 models will start to hit record low prices. (Of course, not everything follows this cycle; smartphones tend to be announced in late spring, while Apple products keep their own individual annual schedule.)

If you’re interested in tech that typically gets updated around the time of the Consumer Electronics Show, then you might be better served waiting until 2017 models are announced.

CES technology now goes well beyond TVs, gaming laptops, and ultraportables. In the wake of the event, look for deals on everything from smart home appliances to fitness trackers to tech for pets.

The end of the calendar year is generally a good time to buy a car, as dealerships are eager to clear out old inventory. But TrueCar.com found that December 31 specifically tends to see the strongest average discounts of the year. In 2013, New Year’s Eve saw an average discount of 8.8% off. There are other ways to maximize your savings, too, including negotiating effectively.

Sporting goods retailers know that many shoppers are making fitness-related New Year’s resolutions, and they want you to shop at their store, not the other guy’s. To this end, January is a great time to get exercise equipment and apparel. The sales do start right after Christmas, but don’t really pick up until next month, when we’ll see twice as many deals and almost twice as many Editors’ Choice sales.

If you need a new parka or wool scarf, expect sales to liven up in January, when we see 50% more clearance sales on clothing and accessories than in December. If you really can’t wait until the New Year, at least wait until the After Christmas sales, which comprise most of December’s clearance deals.

Ready to put this information to use? Sign up for the DealNews Select Newsletter or download the DealNews app in order to keep abreast of any and all of these best buys in December.