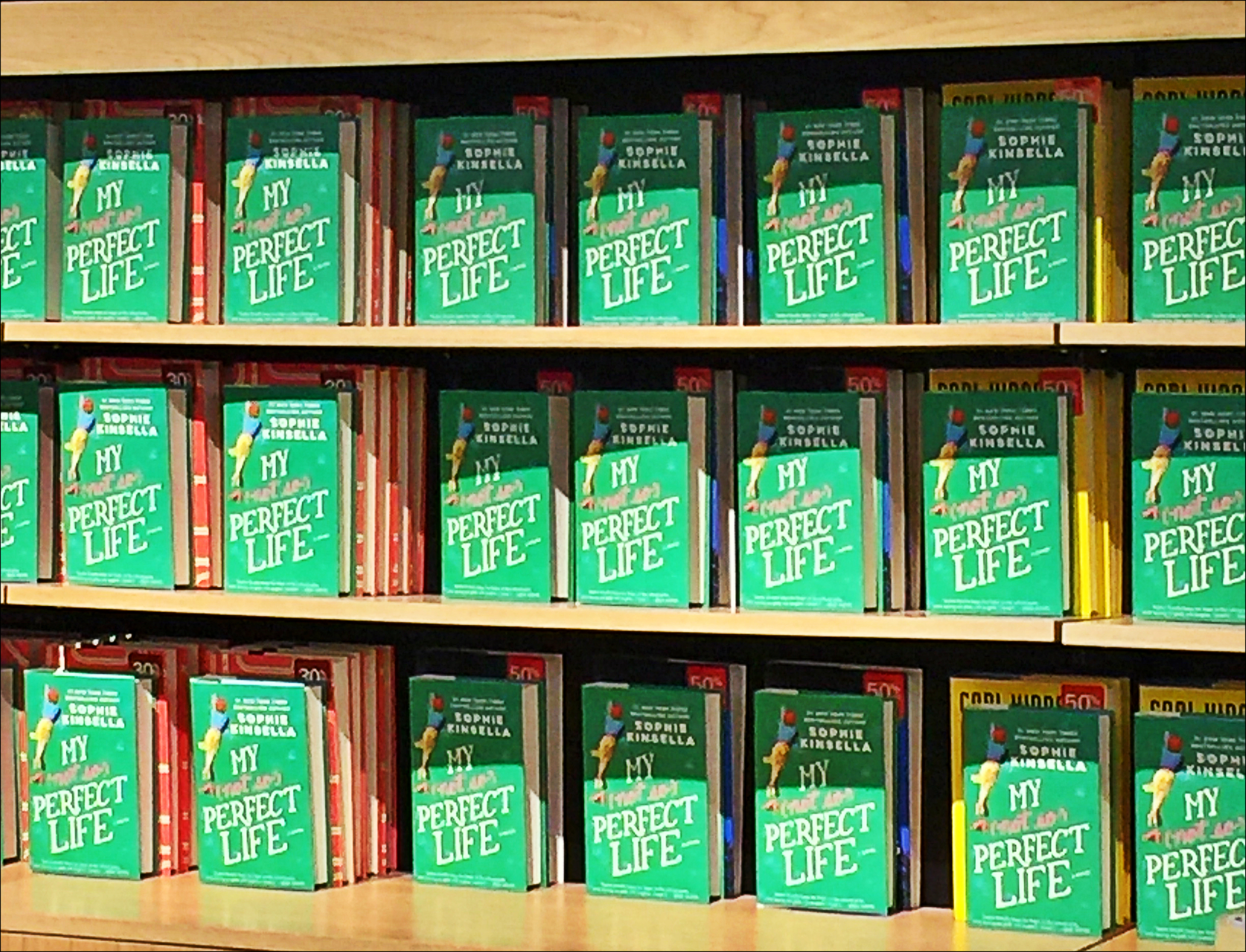 Sizing Up Sophie Kinsella in 10 Minutes

When Random House asked me to promote the Sophie Kinsella event at Barnes and Noble last week, they offered me the opportunity to have a 10 minute interview with Sophie herself.  Since I had just come up with the idea for interviewing our favorite Westchester Women, I decided to use this method of questioning and get some experience with it by asking Sophie Kinsella (only a New York Times Bestselling Author) my questions about eating, shopping and playing. Since she’s from England, her answers are going to be very different so I thought, in 10 minutes, I will be able to get a sense of who she is, what she likes and place her in the part of Westchester, if she were ever to live here, that she belonged.

In my 10 minutes, based on my questions and her answers, I think Sophie Kinsella would be best suited for Bedford; although probably not full time.  She’d have a NYC address and a home in Bedford.  Schools would be tricky.  She has 5 kids and I get the sense that she would like community schools, so maybe her primary residence would be in one place or the other and she would go the private school route, regardless.   I see her living in a sprawling English Colonial, on at least an acre, with a game room, a tennis court and plenty of space for her family of 7.  (She has 4 sons and 1 daughter.) On weekends, I see her flying from Westchester Airport to Martha’s Vineyard rather than packing up the car for the Hamptons. This type of home is what I see being Sophie’s style….in a town like Bedford.

Sophie didn’t hesitate when I asked her about her favorite place to eat.   It’s called The Wolseley and to use her lingo, it’s “quite posh.”   I did some research on The Wolseley and it seems like a high-class establishment, located right on Piccadilly. Sophie enjoys the all-day menu and by the photos on the website, it looks proper, complete with silver teapots and platters, served by waiters in crisp white cloth gloves. She enjoys cooking and recently started learning to make her own jam and meringues.  At the end of her many hours in the kitchen, she realizes there’s no meal, but she’s enjoyed learning to make some new things.  Overall, her cooking is “patchy.”  (direct quote) I then asked her about where she likes to shop and commented on the beautiful dress she was wearing.  She said she bought it in the airport, where she power shops to and from cities on her book tours.  She likes airport shopping mainly because it’s the only time she has to herself to shop.  The dress was made by an Italian designer, Pinko and she was happy to have found it in her travels. I checked out their dresses and they are to die for.  She’s got an eye for style, for sure.  She’s happy to have an Anthropologie in London and finds herself buying things she didn’t know she needed (hence the Shopaholic series of yesteryear.  Deep down, I think she’s a closet compulsive shopper!) Her free time is spent with her family.  They love tennis and they’ve enjoyed ballroom dancing, trying many styles of dance, tango being “rubbish” (yes, she said that.)  Her kids like playing board games and watching a movie together at home.  She finds it hard to find something “suitable” for all kids to watch and I told her that Shawna had once posted an article on media/movie choices for all ages.  She asked if I’d share it with her. Common Sense Media might help her choose appropriate titles and she might enjoy knowing the themes in advance, as well as the age groups that will enjoy it.

What amazed me after talking with her is that she’s so British and has managed to grab the attention of so many American women over the years. In fact, 100 tickets were sold to this event on Tuesday night and most of the women (like myself) had been following her for almost 20 years.  I commented that many American women my age had been following her for years and remarked at her following.   When we began, we were single shopaholics, looking for the right man and most of us are now married women, like herself.   Her advice to #momslikeus is simple. “Enjoy your children.  Stop worrying that you’re doing something wrong.  They’ll be fine.” She remarked that in raising 5 kids, she’s learned over the years that worrying and stressing is not worth the headache. According to Sophie, “We’re all doing a fine job.”